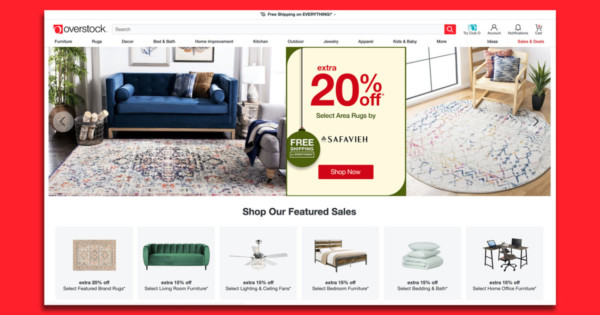 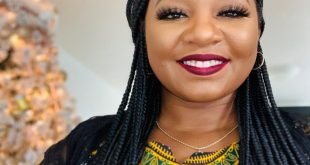 This Award Winning Nonprofit Provides Necessities To Thousands Of Single Mothers. Here’s Why Celebrities Have Rallied Behind Her To Help 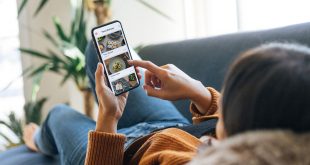 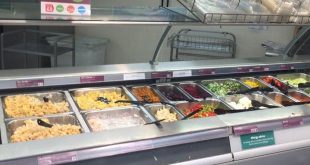 Overstock is a rare retailer that’s both digital-only and profitable. But despite the momentum Overstock has maintained, it is exploring a variety of options to build on its strengths while taking advantage of its competitors’ weaknesses. The strategies it is putting in place for 2021 has implications from both a marketing and operations standpoint.

This year the merchant, which has an emphasis on home furnishings, has benefitted from two prevailing trends during the pandemic: An accelerated shift to ecommerce and a focus on the home. That increase in demand has already influenced the company’s marketing efforts, pushing it to embrace text messaging and automation to better serve its customers.

But with the various vaccine rollouts underway, companies are beginning to contemplate the post-Covid-19 retail future. In Overstock’s case, that means the company may consider new ventures, such as its first potential embrace of brick-and -mortar, an idea the brand’s former CEO Patrick Byrne floated in 2018 (he resigned in 2019).

How Overstock Sells Expertise And Value

As traditional brick-and-mortar brands struggle amid low foot traffic in a time of social distancing, Overstock is seeing success. During the first nine months of this year its net revenue grew about 73%, from $1.1 billion in 2019 to nearly $1.9 billion. The retailer also managed to go into the black this year, with net income during the first nine months of about $36 million versus a net loss of approximately $105 million for the year prior period. Cash on the balance sheet has also grown significantly to close to $530 million, while long-term debt remains low at $42 million.

This year, Overstock differentiated itself from its key competitors—including Amazon, Walmart, Wayfair and Target—by touting its focus on home goods and value, said the company’s Retail President Dave Nielsen. By comparison, its key rivals sell a much broader array of products, and often emphasize having the lowest prices rather than an optimal price to quality ratio, the company has said. In addition, Overstock emphasizes easy-to-find products, delivery and customer support to win over customers, Nielsen added.

“Loyalty builds with a brand over time due to a good experience,” Nielsen said.

Nielsen said Overstock’s typical customer enjoys shopping and finding a deal. The company caters to that customer with couponing, discounting and free shipping combined with personalization. This year, Overstock’s investment in mobile also fueled its growth, attracting a younger consumer.

While sales are booming, the company is actually spending less on advertising through the first nine months of this year, shelling out nearly $22.4 million compared to about $25.5 million during the same period a year prior, according to data provided by Kantar.

Next year, Overstock will continue to focus on differentiation as well as its tagline, “Dream Homes for All,” Nielsen said.

He expects the challenges from pandemic to continue in some form for the next six months as vaccinations are slowly rolled out to the general population. Therefore, Nielsen reasonable expects more growth for the home furnishings category as consumers remain out of the office and even local travel is kept to a minimum. Still, there is some uncertainty around the economy and whether that will soften demand.

A Path To Being Purchased?

Nielsen told Adweek that Overstock has contemplated opening stores. But he said the best way to establish a brick-and-mortar presence might be by being acquired by—or merging or partnering with— an established physical retailer.

Since the company’s former CEO first mentioned the possibility of combining with a physical retailer in 2018, a great deal has happened at the company, beginning with that CEO’s resignation in 2019 and then the pandemic. Once Covid-19 goes into retreat, the pressure for retailers to have a strong presence both online and offline will be greater than ever before.

Previous 5 Apps That Will Automatically Save You Money and Lower Bills Each Month
Next Online shopping breaks all records in festive season; Myntra and AJIO rebound 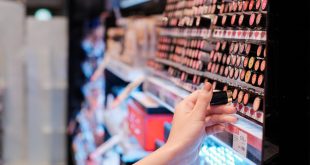 China has made a major change to its cosmetics regulations. As of May 1, 2021, …