After its launch over a decade ago, DeinDeal defied expectations by becoming the leading online couponing and shopping platform in Switzerland. Voted a TOP 100 Swiss Startup in 2011 and 2012, it soon attracted a buyer, leading to a successful exit for the company’s founders. But where did this success story lead DeinDeal’s crew? We traced their trajectories to see where their experience led them and what paths of innovation they followed.

Founded in 2010, Goodshine AG launched DeinDeal to tap the potential of group-buying services in the Swiss market. The site managed to edge out international competitor Groupon as well as local rivals like Dailydeal.ch and scoup.ch. Growing at an incredible pace, the company went from five employees to over 150 within two years. In 2011, the Swiss media conglomerate Ringier became a majority owner, setting up an earnout agreement for a complete takeover in 2015. By that time, the company boasted around CHF 100 million in annual revenue. DeinDeal’s founders relinquished their roles in the operative business in the course of 2015.

Remarkably, DeinDeal’s alumni went on to invest in and launch other very successful ventures after the exit, quite a few of which made the TOP 100 Swiss Startup ranking in the following years, and often in partnership with former colleagues. The network that was built and maintained through these ventures is reminiscent of the entrepreneurial legacies of the so-called PayPal Mafia in the US or the Samwers online empire (“Godfathers of the Internet”) in Germany.

Amir Suissa, who was CEO at the time, transferred his duties to then-CTO Benoit Henry and stayed on as a member of the board of directors. In the following years, he invested in various ventures, including crowdhouse and poinz, and co-founded the digital insurance distributor wefox, which was voted a TOP 100 Swiss Startup in 2019 and a TOP 100 Scale-up in 2021 and 2022.

Adrian Locher withdrew from business operations by the end of 2015 as well, stepping down as DeinDeal’s CRO. He pursued various other trajectories: among other ventures, he went on to found Altoida, a company working on neurocognitive screening technology, as well as Merantix, an incubation platform for machine learning companies, which he is heading as CEO. 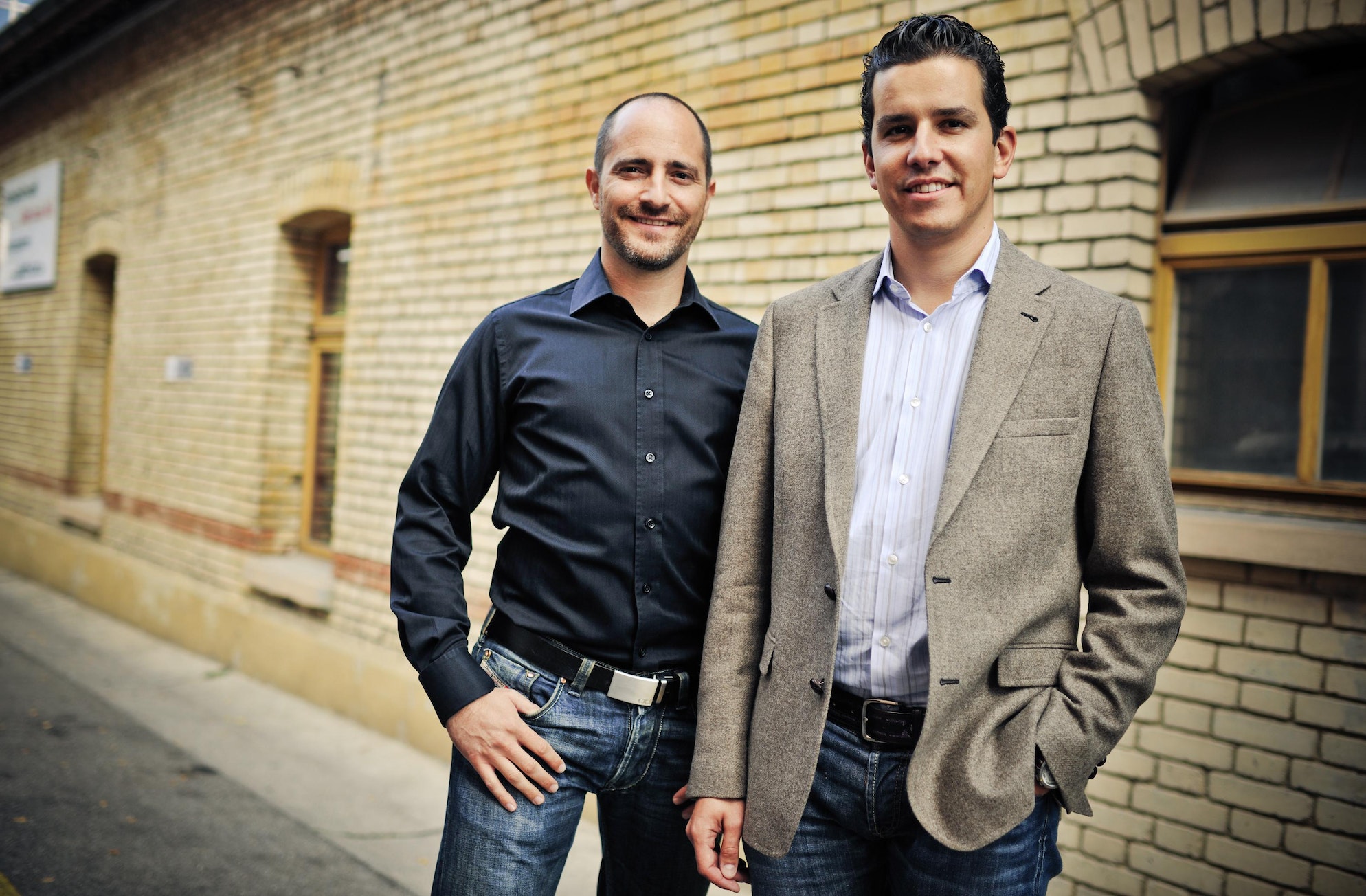 Many others were involved in making DeinDeal one of the most successful companies in the history of Swiss digital entrepreneurship and paving the way for others in Switzerland’s eCommerce sector. Building on their experience and talent, they went on to pursue other successful ventures, many of which became TOP 100 companies.

Here’s an overview of where DeinDeal’s stellar team ended up—and how many of them stayed connected:

After leading product management and the IT team at DeinDeal, Alex founded and headed OUTFITTERY, a leader in European online fashion retail. Stepping down as CEO in 2018 (but remaining as a member of the board), she then co-founded the climate-tech company Planetly, which helps companies assess and reduce their carbon footprint.

Involved early in DeinDeal’s development, Brenner co-founded Avrios in 2015, functioning as CEO and chairman of the board until 2021. The company developed a Saas for transportation fleet management and was voted a TOP 100 Swiss Startup from 2018 to 2020 as well as a TOP 100 Scale-up in 2021. Since 2022, Brenner is CEO of Jua, which he co-founded. The company leverages machine learning to improve meteorological data and analysis.

After his time as Chief Revenue and Marketing Officer at DeinDeal, Bürer co-founded Movu and functioned as chairman of the board until June 2022. Aside from investing and serving on the board to companies like yamo and poinz, he was also managing director at Joiz from 2014 to 2016 and digitalswitzerland from 2016 until March 2022. In 2018, Bürer was named Swiss Business Angel of the Year.

After a stint as DeinDeal’s CPO, Binnendijk spent ten years as TrekkSoft’s CTO. The tourism service software company, which he co-founded, was voted a TOP 100 Swiss Startup every year from 2012 to 2015 as well as a TOP 100 Scale-up in 2019. He then founded the TrekkSoft Group, which integrates other software solutions in the tourism industry. In 2022, he co-founded Pedalix, a company focusing on B2B sales and marketing automation.

Laurent Decrue came on board when DeinDeal expanded its home décor channel by integrating Onedesign. After that, he founded MOVU, a digital platform helping people with their moving needs, and a TOP 100 Swiss Startup in 2015 and 2016. In 2014, he also co-founded Holycode, a company that specializes in nearshoring software development services, where he is currently CEO.

After DeinDeal, went on to co-found Movu with DeinDeal colleague Laurent Decrue. The digital platform helps people with their moving needs and became a TOP 100 Swiss Startup in 2015 and 2016. Fazlic is also a co-founder of wefox, where he is currently CRO and a member of the board. In addition, he is a founder and board member of ImmoZins AG, a proptech company that was voted one of 2021’s TOP 100 Swiss Startups.

Just joined DeinDeal to apply branding and ecommerce expertise he had won founding and exited several online platforms. He departed from DeinDeal to become COO of the fintech company Numbrs he co-founded. He then founded and headed Knip, a pioneering digital insurance broker and TOP 100 Swiss Startup that eventually merged with Dutch insurer Komparu, establishing the Digital Insurance Group. He is currently CEO of Smallpdf.

After heading DeinDeal’s frontend and mobile development for five years, Fernandes joined guuru as CTO. Making the TOP 100 Swiss Startup ranking in 2018 to 2020 and the TOP 100 Scale-up list in 2021 and 2022, the company develops AI-based customer support solutions.

Forsting was the first hire at DeinDeal and was part of its impressive growth. In 2016, he joined Smallpdf’s small team as COO and saw it rise from a scrappy startup (winning the public vote at 2018’s TOP 100 Swiss Startup Award) to a successful scale-up. One of Adobe’s most serious competitors, Smallpdf’s website became one of the 175 most visited websites in the world with 60 million visitors a month. In 2021, he co-founded 42hacks, an initiative that aims to find creative ways to reduce CO2 emissions.

Benoit Henry | CFO and CEO of DeinDeal | CEO of Certifaction

Henry served as DeinDeal’s CFO until taking over as CEO after Ringier’s complete acquisition in 2015. In 2017, he moved on to become CMO and CFO of crowdhouse, the online marketplace for income real estate that some of his DeinDeal colleagues had invested in. Today, he is CEO of Certifaction, which specialized in secure digital signature technology.

After his stint at DeinDeal, Hesse founded CHECK24, a comparison platform for optometric laser centers before working at EMPAUA, which was co-founded by DeinDeal colleagues David Padilla and Steffi Kromer. Since 2019, Hesse works as a self-organization and workflow transformation coach.

After supporting DeinDeal’s meteoric rise as a lead in operations, Kromer went on to co-found EMPAUA, leading the Salesforce consultancy as CEO since 2014.

Padilla developed DeinDeal’s salesforce before becoming Head of Operations. In 2014, he co-founded the Salesforce consulting company EMPAUA with Steffi Kromer. Along with DeinDeal’s Julian Teicke, he then co-founded the HR system developer Kenjo, leading the company as CEO since 2018.

DeinDeal’s COO went on to co-found companies in sectors like data, HR, and health tech, including handly, doctorly, charly, luca, and Kenjo—all of which were powered by The Delta, the venture builder he founded in 2015. He is also a co-founder of wefox and its CEO. He was a keynote speaker at the TOP 100 Swiss Startup Award in 2022. 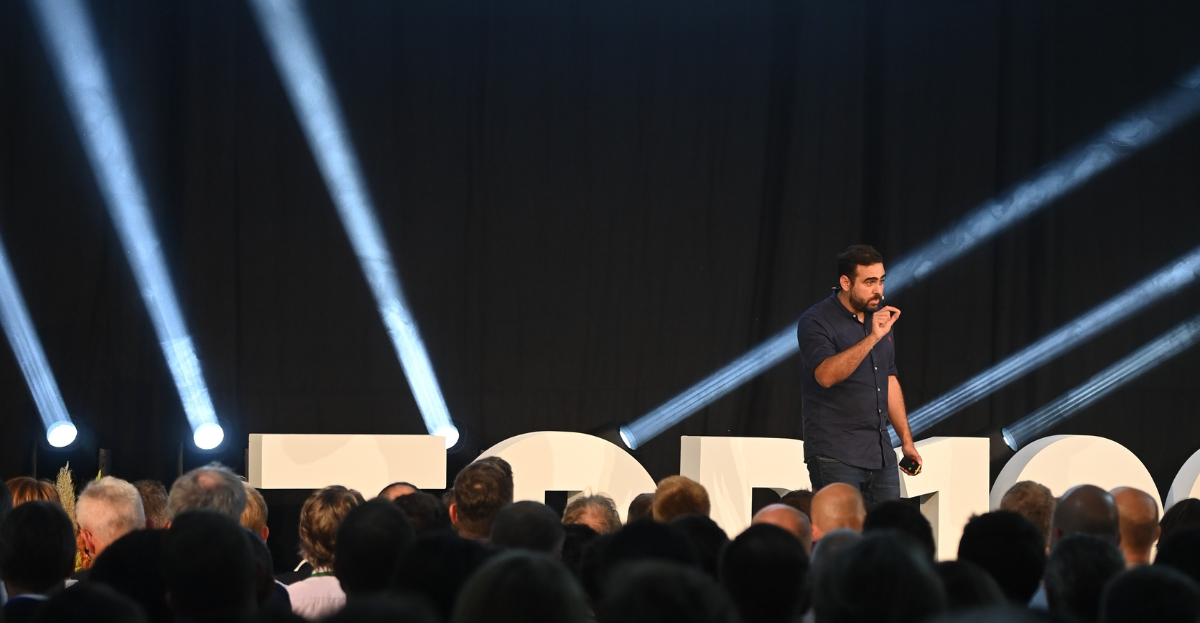 Julian Teicke, co-founder of DeinDeal and co-founder and CEO of wefox, speaking at the TOP 100 Swiss Startup Award in 2022

Rofagha went on to found and become CEO of Finimize, an information and community platform for retail investors. The company achieved a successful exit in 2021.

Coming from IBM, Von Waldenfels helped develop DeinDeal’s business model and shape its financial strategy. She went on to found SwissCommerce, Switzerland’s leading special market platform. During her years there she also served on the board of various companies, is a lecturer at HWZ, an advisor at Thingsy and AENU, as well as a producer and host of the SustainNOW podcast. SwissCommerce proceeded to exit in August of 2022.

After his time as an entrepreneur in residence and product manager at DeinDeal, Wittwer worked in senior managing functions for Swisscom and UPC before setting out on his own venture: in 2018, he co-founded car-sharing service Carvolution, serving as CEO and now COO. The company was voted a TOP 100 Swiss Startup every year since 2018.

Did we forget anyone on this list? Let us know!

Previous 🌱Take In The Holiday Light Scenes By Bus + Catch The Show At ALHS
Next Don’t Use Digital Coupons? You Could Be Missing Out on Huge Supermarket Savings